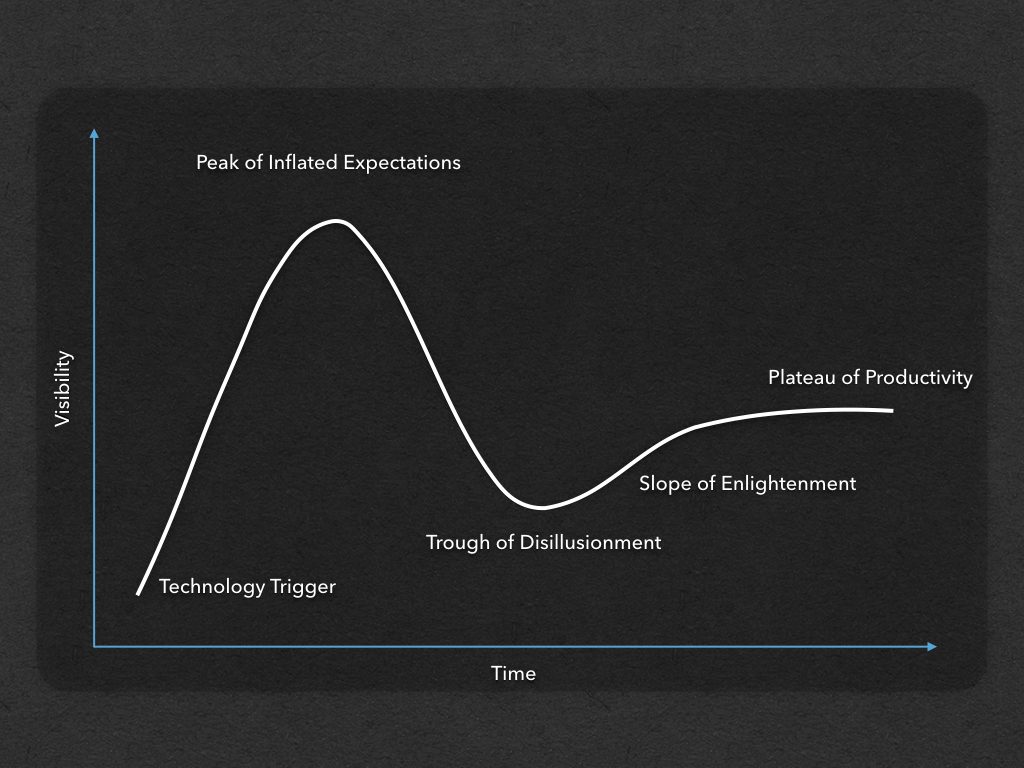 All of human history has been punctuated by periods of intense creativity and innovation. Periods that have transformed society and shaped our culture. We have come to expect a world that constantly delivers newer versions of things and with better features. Planned obsolescence is less about the conspiracy of business to perpetually supply markets but a testament to our insatiable appetite for upgrades.

This, however, is usually only true of those things that we are already familiar with. New ideas are almost always met with suspicion and doubt. Groundbreaking inventions start out unrefined and with rough edges and the promise of future disruption can rarely be seen. If we look at the last hundred years or so nobody could have envisioned a future where telephones, radios, cars and the internet would be indispensable aspects of our lives.

And so it was when Bitcoin came onto the scene in 2009. It emerged as an idea that was crudely cobbled together and spent its first years quietly developing in the garages and basements of dedicated software geeks and libertarians. Its aim was to reinvent money as a digital gold standard; one that dispensed with the reliance and trust of a central organisation to mediate transactions. When a news article exposed an underground market place, which depended on the anonymity of payments that Bitcoin offered, public opinion of it was immediately tainted. Mistrust of this strange new payment system became entrenched in the minds of people and typically justified their disregard for the innovation.

Over the years businesses and organisations have been unable to keep ignoring the sea change that has been occurring. Blockchain, which is the technology that underpins Bitcoin, has been gaining mass appeal and interest in many industries. Its promise to deliver cheaper and faster remittance channels, unconvoluted asset trade settlement infrastructure and a host of other potential uses has been lighting up the newswires across the world.

Ever since the Economist published a cover story on the Blockchain as a Trust Machine in October 2015 the hype and hope for Blockchain-powered transformation has been building up with zest and fervour. Over a billion dollars of investment capital has been poured into startups that are exploring opportunities. Banks and other financial services incumbents are actively studying and piloting projects that may (or not) streamline internal processes to bring cost and time savings to their current business models.

Blockchains can provide transparency to voting systems, transaction rails for internet-enabled devices, copyright mechanisms, autonomous contracts, identity management, data integrity and a plethora of disparate uses in just about every area imaginable. All these uses sharing the same characteristic where it is no longer necessary to employ a trusted intermediary. Time will tell if the hype can measure up to the hope.

Gartner and others have recognised patterns in the development and adoption of technologies and their models predict a hype bubble that usually bursts when reality sets in. It certainly feels like we are cresting the Peak of Inflated Expectations but we should not disregard the very real opportunities that will be uncovered once we have emerged from the Trough of Disillusionment and start up the Slope of Enlightenment.

The interest in Blockchain has almost entirely sidelined Bitcoin, the first and only production-ready application of this technology that exists today. This is understandable in a world where money has become political and no longer serves only as a settlement tool for free-market capitalism. Central banks depend on their monopolistic control of currency to serve their political and economic agendas. The quote “Give me control of a nation’s money and I care not who makes it’s laws”, apocryphally attributed to Mayer Rothschild, highlights the great temptation to hold onto this power.

Bitcoin was invented because the faith and trust that society placed in the hands of these gatekeepers was irredeemably lost in the wake of the 2008 financial crisis. The Quantitative Easing programs, initiated to provide a solution to bank solvency issues, radically increased the supply of money in the US. The developers of Bitcoin wanted to create a form of money that closely mimicked the properties of gold which can not be artificially inflated. This means, unlike fiat currencies like the US Dollar which are not backed by any tangible store of value, they will naturally be good stores of value.

This can provide real solutions to the billions of people around the world who do not have access to traditional banking services and who, in fact, want no part in that kind of system. The people of Zimbabwe have seen firsthand what happens when a central bank loses control of a currency and they are desperate for alternatives. This is the same in many countries around the world which are in various stages of a currency collapse, not to mention the more than fifty countries over the last century which experienced hyperinflation.

It is unfortunate that Blockchain has become the main topic of conversation. It makes sense in a world where there are no incentives for existing financial organisations to adopt a system that by definition is not dependent on them. Real change and disruption is inevitable, though. Not only because of this new technology but because the status quo is reaching the end of its lifespan.

Ideas are unstoppable as the old makes way for the new. It is more likely than not that Bitcoin will experience mass adoption as people around the world lose faith in their currencies. The ability to transact freely and across borders with no controls and negligible fees is enormously compelling. The most important reason for the slow growth has been the lack of public education. Most people have not heard of Bitcoin and those that have are only aware of it superficially and in the context of hacked exchanges and illegal activities. This is just temporary and will not permanently inhibit growth.

It is important to be conservative when considering new things but as history has shown we can never fully appreciate how different the future will be from the past. There are no crystal balls but macro trends can give us a solid view of the direction we are heading. It is clear to me that the next revolution has started. One that could easily be described as the Trust Revolution.